Foretelling the future is becoming a popular–& highly paid–business. But few soothsayers will ever be able to equal the record of Jules Verne in predicting what’s ahead for the World.

First & foremost among all science-fiction writers, Verne reached the peak of his writing career before the start of the 20th century. In his books, he prophesied atomic submarines, the military tank, skyscrapers, aircraft, television, earth-moving machines, talking pictures, & a host of other modern inventions.–And not only did he predict them, he explained how they would work.
But Verne’s most uncanny forecast of things to come was his detailed description of a voyage to the Moon. Verne described a Moon rocket long before anyone dreamed of such a thing, & even told of a dog that would be sent up first–as the Russians did–to test the projectile.
Most amazing of all, however, in his book “Around the Moon”, this fantastic man actually described the place from which a Moon rocket would take off. These are his words: “Everyone in America made it his duty to study the geography of Florida. As a point of departure for the Moon rocket, they had chosen an area situated 27 degrees North Latitude & 5 degrees West Longitude.” That location is only 80 miles from Cape Kennedy.

Old Mother Shipton, (1488-1561) the ancient prophetess of Knaresborough North Yorkshire was born in a cave. She was misshapen “with big bones and large bogging eyes” But boggling into the future she foresaw the following phenomena:

Ships of steel:
“Iron in the water shall float, as easy as a wooden boat
Motor Cars:
“Carriages without horses will go”
The Internet and the Telephone:
“Around the world thought will flie in the twinkling of an eye.”
She also predicted either the Channel Tunnel and the European Union, or the 2 World Wars:
“Then shall the worse fight be done,
England and France shall be one!”

One other prediction is close enough, but is said by researchers, to have been tinkered with -obviously- by Victorian Students:

“The world then to an end will come
In nineteen hundred and ninety one!”

As we approach the year 2000, certain traditional millennial activities have already begun. Not the least of these are the experts’ prognostications about what the next years will bring. As a public service, we at the Institute of Expertology are pleased to make available a select number of predictions by those who foresaw what was destined to happen this century.

“Man will not fly for fifty years.”–Wilbur Wright, to his brother Orville, 1901.

“The actual building of roads devoted to motor cars is not for the near future, in spite of the many rumors to that effect.”–Harper’s Weekly, Aug. 2, 1902.

“Video won’t be able to hold onto any market it captures after the first six months. People will soon get tired of staring into a plywood box every night.”–Darryl F. Zanuck, head of 20th Century-Fox Studios, around 1946.

“Castro in Cuba will be overthrown within months.”– Kiplinger Washington Letter, Feb. 18, 1961.

“I’ll have my first Zambian astronaut on the Moon by 1965. We are using my own firing system, derived from the catapult.”–Edward Mukaka Nkoloso, director-general of the Zambia National Academy of Space Research, Nov. 3, 1964. 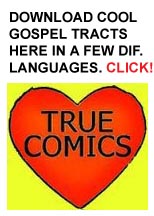 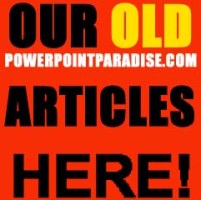 Records of the Grand Historian 史記 《殷本紀》 Annals of Yin 殷契，母曰簡狄，有娀氏之女，為帝嚳次妃。三人行浴，見玄鳥墮其卵，簡狄取吞之，因孕生契。契長而佐禹治水有功。帝舜乃命契曰：「百姓不親，五品不訓，汝為司徒而敬敷五教，五教在寬。」封于商，賜姓子氏。契興於唐、虞、大禹之際，功業著於百姓，百姓以平。 Qi of Yin’s mother was Jian Di, who was one of the daughters of Yousong and the secondary wife of Emperor Ku. She was going with her two sisters to bathe, when she saw a dark bird drop its egg. Jian Di picked it […]

The Mausoleums & Legend of Huang Di

Mausoleums of the Yellow Emperor [courtesy China.org] Huangling County is located on the Loess Plateau of northwest China in Shaanxi Province. It is known for the Yellow Emperor’s tomb, hence the name Huangling of the county. — INTRO by ANCIENT PATRIARCHS: It is our opinion that there are solid reasons to believe that Huang Di […]

The Best movie explaining Noah’s Flood Ever made? This is a pretty good scientific video on the historical global Flood. I am sure the maker has visited our blog as he uses some of our graphics and maybe got a few ideas from our articles. He also doesn’t try to use a mainly Bible quoting […]

I am not necessarily a close fan of H. Gruver, but he also proves the truthfulness of Ron Wyatt‘s archaeology. The discovery of the deep grain bins near the Saqqara Step Pyramid of Imhotep, who therefore is proven to be identical to the Biblical Joseph, son of Jacob, son of Isaac, son of Abraham, who […] 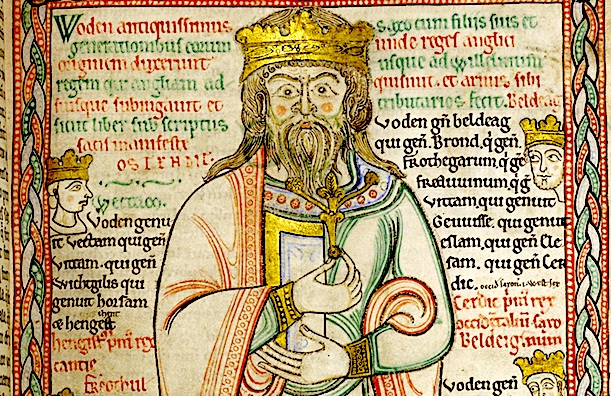 Ancient Patriarchs editor’s introduction to article below: Wodan or Woden is the early patriarch of many Germanic tribes like the Anglos & Saxons as well as others. The weekday name Wednesday originated in Wodan‘s Day. Thursday came from ‘Thor‘s day’. Friday came from ‘Freya‘s day’, while Saturday came from Saturn’s  Day. It is our A.P. […]

Screw-liked objects were discovered inside an ancient rock thought to be millions of years old in southern China. The video, shot in the city of Pingxiang in Jiangxi Province on October 1, shows several screw-liked objects embedded inside a quartz stone. Probably these spring like screws were captured in one of the multiple rock-, sand- […]

Ed: This is an excellent article by Matthew Ehret  Editor-in-Chief of the Canadian Patriot Review .  Make sure to visit his website! Amidst the storm of controversy raised by the lab-origin theory of COVID-19 extolled by such figures as Nobel prize winning virologist Luc Montagnier, researcher Judy Mikowits, bioweapons expert Francis Boyle, Sri Lankan Cardinal […]

Tour Armenia discusses the Armenian history of Noah and interesting descent from their patriarchs Haik & Togarmah or Torcom, in spite of way too ancient dating.   The story of Noya (Noah) forms the basis of Armenia’s Christian religious identity, but in fact there is no recorded account of the Flood in ancestral Armenian mythology […]

Is Wikipedia Reliable? – By Questions For Corbett

ANCIENT PATRIARCHS INTRO:   We have posted other articles on the Wikipedia scam here at AncientPatriarchs, especially related to True History or Propaganda. Wicked Pedia ONLY promotes Darwinian History, which in my view is the greatest propaganda trophy of ALL of the New World Order, as it has destroyed and is still destroying the reality of […]

Published: March 2020; Languages: DE, EN, ES, FR, NL, RO Wikipedia is generally thought of as an open, transparent, and mostly reliable online encyclopedia. Yet upon closer inspection, this turns out not to be the case. In fact, the English Wikipedia with its 9 billion worldwide page views per month is governed by just 500 […]

Fight The Good Fight of Faith

On The Light Side

How to Make a Difference By Maria Fontaine A sad part of my day is when I listen to the news. Almost everything is about people facing terrible situations. Both Christians and non-Christians face very painful suffering in one form or another in many parts of the world. Much of the news is about some […]

Overcoming Spiritual Apathy A compilation Then Isaiah said to Hezekiah, “Hear the word of the Lord: The time will surely come when everything in your palace, and all that your predecessors have stored up until this day, will be carried off to Babylon. Nothing will be left, says the Lord. And some of your descendants, […]

The Holy Spirit and the Messiah By Peter Amsterdam In the Old Testament, the Spirit of the Lord generally came upon or interacted only with specific individuals and only on a temporary basis. It was prophesied, however, that a time would come when God would pour out His Spirit in abundance upon all His people. […]

Lord Of The Rings Meaning Revealed!

The Civil War Pterosaur That No One Must See! 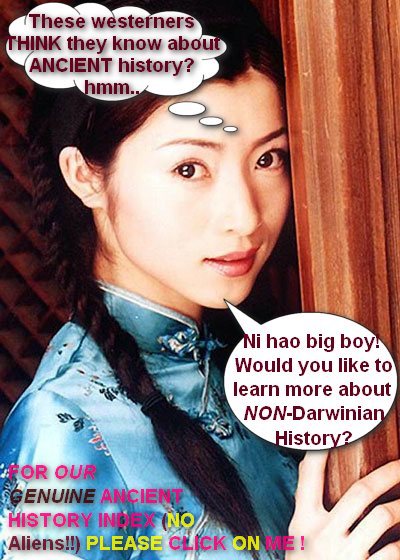 Christians are careful, afraid to call a spade a spade, often accused by present day progressive “cultural Marxist” ‘Critical Theory’ of “being judgmental”, so we often have to walk on eggs. So Alisa Childers unpacks very carefully this new trend in Western Christianity that took over the torch from the ‘Emergent Church’ which kind of […]

The Last Exodus – On Wings of Eagles!

In Exodus 19:4, God says to Moses, “You have seen what I did to the Egyptians and how I bore you on eagles’ wings and brought you to Myself.”…  God has a place of refuge for His worldwide children when the “Last Exodus” begins. It will be a repeat performance of the Israelites coming out […]

‘Change the World’ is a Traditional Chinese Gospel Tract about a French shepherd who planted single-handedly an entire forest in the Provence in Southern France. How ONE man can change the world is an inspiring comic that will make you want to do something for God and for others. You can not change the world? […]

‘Tommy’ is the true story from days gone by, about a handicapped boy who couldn’t even leave his home. His little friend brought him a Bible and Tommy got saved. Then he got a plan to reach others. he wrote Bible verses on little pieces of paper and threw them out of his third story […]

‘The World To Come’- is a hope giving Heavenly City English Gospel Tract for Download about Revelation 21 & 22. The dimensions and character of New Jerusalem that our departed loved ones are already enjoying.  This gives us hope and faith to continue our calling, tasks for Jesus in this life, as we still have […]

代祷者 Based on a true story about James Rutz. Some unknown Christian prayed for a Christian wife for him and years later they met again and compared notes; Prayer was answered! Download A5 4 pager. 基于一个关于James姆斯*鲁茨的真实故事。 一些不知名的基督徒为他祈祷一个基督徒的妻子，多年后，他们再次相遇并比较笔记;祈祷得到了回答！

Introduce your Chinese brothers and sisters to the Heavenly City as described in Revelation 21 & 22. 4 pager A5 format can print in B&W or Colour.

‘What Everybody Needs is Love’ (Engl. Salvation Gospel Tract Download A5 4-pager)

‘What Everybody Needs is Love’ is a basic simple introduction to God’s Love & Salvation suited for everybody, with sinner’s salvation prayer at the end! 4 pager A5 format.

This Endtime tract is inspired by “The Lord of the Rings” visions of the Last Days by Tolkien. Dieser Endzeit-Trakt ist inspiriert von “der Herr der Ringe” Visionen der Letzten Tage von Tolkien. Her is the same one in found in English…. page 2

Welcome to the replacement of Powerpointparadise.com

“Blessed are the Peacemakers! For THEY shall be called the Children of God!” Are you? Don’t be a warmonger. It is not healthy.

HOW to lay down our lives!

Jesus answer to that is not difficult to find. He told us, "GO YE into all the world, and preach the Gospel to every creature!" & "Come and follow me! And I will make you fishers of men." & "He that forsakes not ALL that he has CAN not be my disciple." & "Ye hsall receive power after the holy ghost is come upon you, and ye shall be witnesses unto me, in Jerusalem, Judaea, Samaria, and unto the uttermost parsts of the Earth!" China, Vietnam, Indonesia, Thailand, India, Japan, etc.

It is not hard to figure out the answer, BUT for many it is hard to actually obey and do it. Adn if you cannot cross the ocean to do it, do it in your own land, city, neighbourhood, area. God's children are everywhere! And if you need tools to reach them, download them from here. Tracks, powerpoints are coming soon to download and print and share with His sheep everywhere. Will you? God will certainly bless your life and make it possible with signs following.

Please pray for us that we figure out a way to save our old blogs and information and Dot com. Love & Peace